The mission of the foundation is to provide a lifeline of resettlement support services to members of the LGBT community that seek asylum in the united states from violence and persecution in their home countries.

Over the past several years, new homophobic laws in India, countries of the Middle East, Africa and the former Soviet Union effectively robbed gays and lesbians of basic human rights. These laws have caused the rapidly spreading persecution of people identifying themselves as LGBT. Young men and women are being hunted down, beaten, mutilated and often killed by neo-Nazi, fringe and criminal elements aided and abetted by governments and police forces. Those few that are brave enough to stand up for their rights are being fined, arrested, prosecuted and thrown in jail. Living in constant fear for their lives and lives of their families, many of them take an ultimate step of leaving their native land and seeking refuge in welcoming countries of the West. We are here to help our friends to overcome their fears, shed the horrors of persecution and start their new lives in this land of freedom.

After all, we strongly believe that

”All men are created equal, that they are endowed by their creator with certain unalienable rights, that among these are life, liberty and the pursuit of happiness. 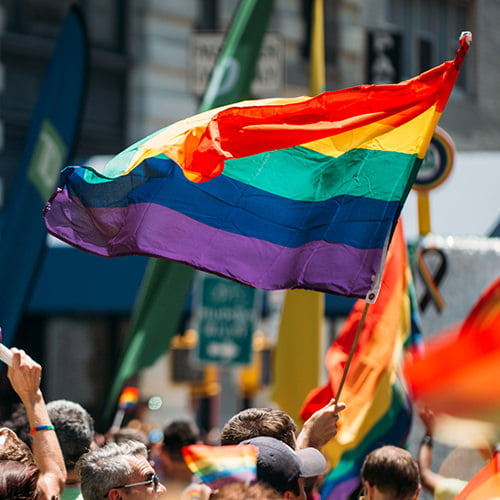